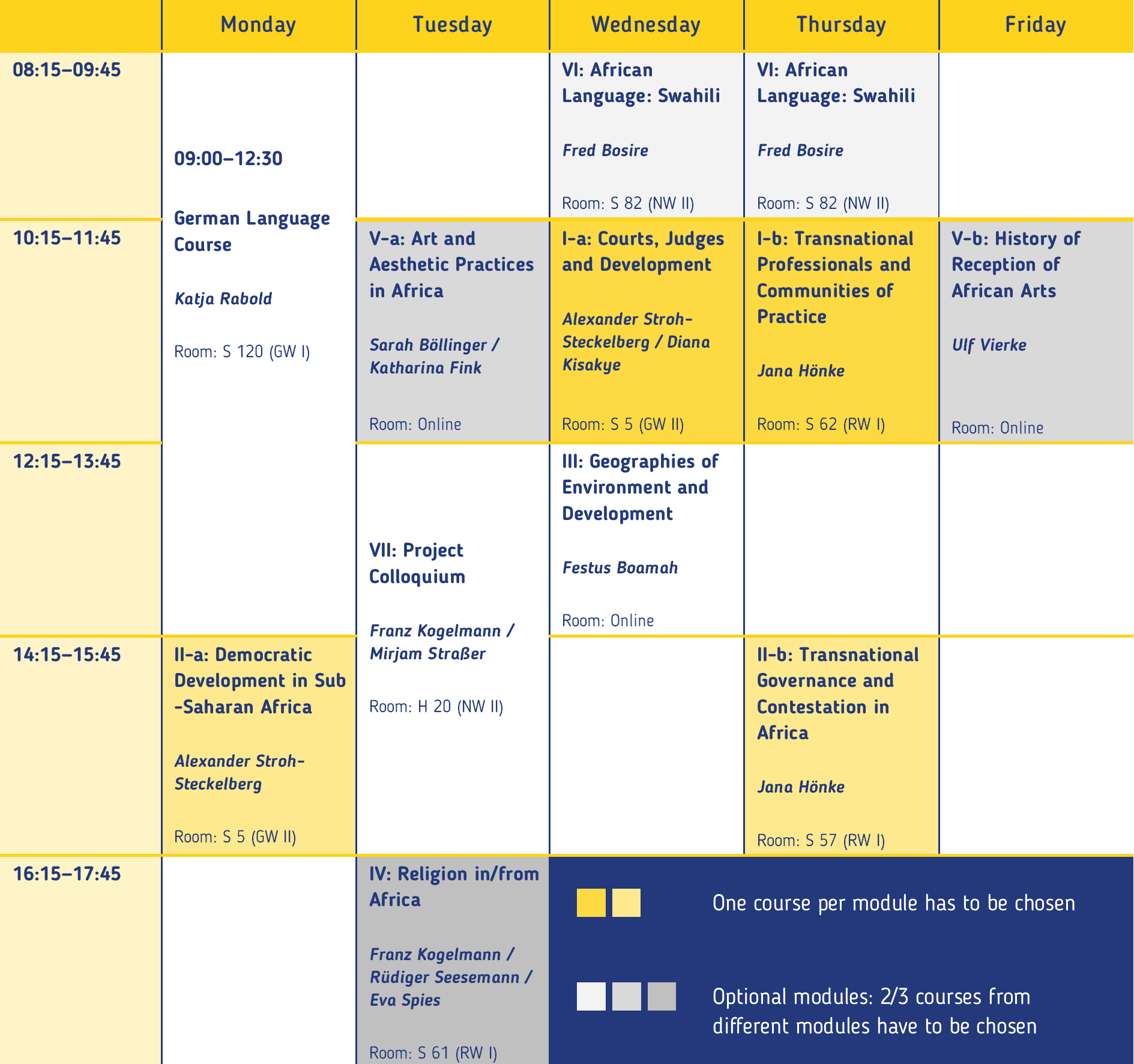 Descriptions of the Optional EIMAS Courses

Constitutions and international treaties set the fundamental rules of societies and international communities. They are supposed to produce reliability and accountability. Reliability and accountability belong to the key requisites of development. In the case of conflict, judiciaries shall help to restore reliability by enforcing or interpreting the legal rules and by holding political actors accountable. It is thus no surprise that the rule of law and access to justice are important parts of recent global development agendas. Courts and judges can become powerful development actors. But how do courts become powerful? What keeps judges independent? How do courts and judges use their power and what are the effects? The seminar will focus on the highest levels of legal reliability: national constitutional justice and regional community courts. Both, constitutional and regional adjudication tend to be the most political judicial competences and therefore particularly.

The humanitarian aid worker in Niger, the finance specialist in London, the peacekeeper in shuttling between Bangladesh and the Great Lakes region, or the development expert working in the UN bureaucracy, they all are transnational professionals. For long they have been seen as merely implementing programs decided by others and often drawn up elsewhere, and hence as outside of politics. The sociology of professions largely overlooked them as the field used to be rooted in methodological nationalism. However, recently attention has increased for how professionals that work across borders structure and affect global and local policies, practices and outcomes in a wide variety of issue area.

Democracy is often considered to be both, an aim of development and an factor that influences or is influenced by development. The course will shed light on the relationship between democracy and development. Therefore it will also be necessary to clarify the relevant terminology. Following these steps, the course will focus on democratic development as a process. We will discuss specific issues of democratic development such as the meaning and manipulation of elections, institutional constraints on the executive, legislative powers, and the structural impact of country size. Empirical observations will be drawn from Africa and selected African cases will be studied in depth.

Much research on contentious politics has dealt with highly organized social movements, transnational activism and the various tactics used from NGOs to rebel groups. This seminar will look at some of that but investigate in particular the ways in which those who usually do not have access to professionalized NGO activism, and who tend not to form highly organized movements, deal with and challenge transnational governance.

Importantly, transnational governance – and what we have come to call the 'global' - comes in various guises. Different ideas and manifestation of the 'global' are produced, and put into play politically in Africa. Hence Africa’s multiple entanglements with different parts of the world will be considered, in particular also South-South entanglements such as Brazilian, and growing Chinese, presences in Africa.

We will engage with some key propositions of how to see and understand contestation and discuss them through core cases of contestation drawn from Africa. Starting from classical literature on professional INGOs and transnational social movements, the seminar moves beyond highly visible and organized forms of contentious politics. For instance we will discuss James Scott's 'weapons of the weak', Asef Bayat's 'non-movements' and 'street politics', and Foucauldian takes on the disciplining of dissent and ‘counter-conducts’, among others. The seminar will explore how powerful different forms of contestation are, which contradictions transnational and local narratives and practices of contestation grapple with, and to what extent they foster emancipatory projects (or reproduce existing power relations). It will also address how everyday politics of resistance relate to professionalized and more institutionalized transnational activism.

Apart from engagement with key texts the seminar is organized around empirical cases of transnational governance and contestation in Africa and student-led mini-research-projects on selected case studies.

The seminar includes practical exercises and visits to exhibitions which will enable you to challenge and answer the questions above. After participating in the seminar, students will be able to define „inclusive aesthetics“ and apply them to their own curatorial and/or discursive work.

The history of reception of African modernity in the arts will be introduced with a selection of artists, artistic movements, art schools, festivals, publications and exhibitions. Students will examine the field of African Modernisms by looking at particularly active and important areas as well as overarching themes. More focus will be placed on the distinct manifestations in specific regions, like Nigeria and East Africa.